Land Use Does Not Measure National Priorities

On July 22, the Urban Land Institute (ULI) released recommendations for transportation reform entitled “Transportation for a New Era: Growing More Sustainable Communities,” calling for the federal government to overhaul the planning and funding of our national transportation system. The recommendations propose the establishment of a new vision for federal transportation policy, recognizing the opportunity of the upcoming reauthorization to update current policies to the needs of the 21st century and increase investment to repair our crumbling infrastructure.
Two of the broad goals ULI recommends are recognizing the role of land use in linking infrastructure, housing, and sustainability and encouraging more compact development. The report indentifies land use as the intersection of infrastructure, housing, and sustainability and promotes it as a medium in which the federal government can address concerns for all three issues. In light of this, ULI promotes compact development to simultaneously minimize travel time to jobs, shopping and services and environmental impacts.
While NTPP does not endorse land use as a national transportation goal, efficient land use can help achieve both economic and environmental goals. By moving from a sprawling, highway-based system to a more compact, transit-based system, a city may reduce the distance to jobs and other activities, reducing the economic cost of time spent traveling. This could also reduce the vehicle miles traveled in the city and therefore reduce carbon emissions and fuel consumption. It may even promote safety by reducing highway congestion and the resulting collisions. Likewise, building affordable housing closer to public transit could have the same effects.
However, these decisions must be left to communities, not instituted in federal transportation policy. An efficient national transportation system should, in the end, promote economic competitiveness, environmental protection and safety. Land use is not a measure of success in and of itself, but rather a means to achieving these ends. Furthermore, it is not the only method for reaching national transportation goals. Developing carbon fuel standards and efficient vehicles will also reduce emissions; innovations in technology could promote safety. The use of congestion pricing or in-car information technology systems may improve economic competitiveness. All of these are viable options in developing efficient transportation programs, and the federal government should not mandate which option be given preference. Rather, a competitive system which evaluates programs on more high-level, outcome-oriented criteria will best achieve national goals.
Land use is an essential consideration in infrastructure development, and the research done in this area is vital to successful community development. However, every city and region has its own unique challenges. Federal transportation policy must allow enough flexibility for local authorities to develop their own approach to meeting regional and national goals.
-Sarah Fletcher
2 comments:

A National Infrastructure Bank Does Not Solve Revenue Problems 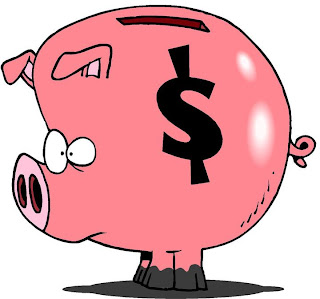 Proposals for a national infrastructure bank have continued to generate significant interest and debate in recent months. On May 20, Representative Rosa DeLauro introduced a bill that would create such a bank, and Pennsylvania Governor Ed Rendell, co-founder of Building America’s Future (BAF), has been outspoken in his support. Meanwhile, the Obama Administration has outlined its own plan for a national infrastructure bank.
These plans have several merits. Governor Rendell argued at an event sponsored by BAF on June 24 that an infrastructure bank governed by appointed officials could help depoliticize transportation funding and potentially limit the power of earmarks to allocate spending. Additionally, by working outside of the established donor/donee system, the bank could fund projects across traditional modal and geographic boundaries. DeLauro’s bill, for instance, would allow up to $625 billion in loans, bonds and other securities to be distributed to projects of national and regional significance on a competitive basis. Finally, the bank could encourage private investment in public infrastructure projects.
Realistically, however, a national infrastructure bank would likely not solve the fundamental flaws in our current transportation financing system. Even if Congress could be convinced to relinquish control of transportation project funding to an infrastructure bank, the act of establishing a bank does not create blank check power to give out hundreds of billions of dollars in loans. The capital must come from somewhere. DeLauro’s bill calls for the appropriation of $5 billion to the bank each year for 5 years, starting with FY 2010, but it does not identify a source in the budget. Additionally, states receiving funding would have to repay the loans eventually. This merely diverts responsibility for finding a revenue source to the state level instead of finding a national solution. A national infrastructure bank cannot be treated as a revenue source; rather, a successful bank would have to be accompanied by a sustainable revenue source.
An alternative approach that deserves more attention is expansion of the Transportation Infrastructure Finance and Innovation Act (TIFIA). Established as part of TEA-21 in 1998 and extended by SAFETEA-LU in 2005, TIFIA is a federal credit program that funds transportation projects of national and regional significance on a competitive basis. As of April 15, 2009, TIFIA has provided $6.6 billion in assistance to 19 projects, which sum to $24.4 billion in total investment, and all loan repayments have been made on time. Instead of creating a bank to provide similar credit assistance, it makes more sense to capitalize on the success of this existing program. On June 2, 2009, Representative Eddie Bernice Johnson introduced a bill (H.R. 2663) to extend TIFIA, increase yearly appropriations for the program from $122 million to $285 million, and raise the maximum federal funding share from 33 percent to 49 percent. While these numbers would need to be raised further to match the scale of a proposed national infrastructure bank, this bill is a good start towards expansion. It has not received any action from the Transportation and Infrastructure Committee since its referral to the committee on June 2.
As the highway trust fund dries up and the gas tax continues to provide insufficient revenue, federal infrastructure financing needs an overhaul. Finding a new, sustainable revenue source is the first and most important step in this reform. A national infrastructure bank, by itself, does not take this step at all. While a carefully constructed national infrastructure bank may help to stimulate efficient and competitive transportation investment, something which the TIFIA program already does, it is not the best tool for solving the transportation financing crisis.