It is rare that the Presidential campaign has touched upon issues directly related to transportation policy. However, recently two of the campaigns – McCain and Clinton – have come out with proposals to temporarily suspend the federal fuel tax over the busy summer travel season. The reasoning behind their proposals is that both candidates believe the economy needs a boost and that a suspension of the gas tax would accomplish that goal. There is some question about whether a suspension would accomplish that goal. As Len Burman points out, a gas tax suspension might not actually result in a lower price for gas, given that demand would increase. Furthermore, Steve Mufson and our own Paul Bledsoe note that this policy seems to contradict the candidate’s positions on climate change. These two points make this policy proposal questionable from an economic and environmental perspective.

What has not been covered as much in the press is whether this proposal makes sense from a transportation policy perspective. Transportation policy and planning generally operates on the principle that user fees should be aligned with costs in order to maximize efficiency. If a network component is severely underpriced, this creates congestion and potentially other inefficiencies. If the network component is priced too high, no one will use it and this is also inefficient for society. Using this principle, transportation planners typically advocate for things like congestion pricing, which better aligns user fees with the cost of driving.

Most highways, roads, and bridges in this country are perceived as “free” because they are not tolled. The gas tax is the closest thing we have to a user fee for this infrastructure, despite the fact that highways, roads and bridges help to create negative externalities such as congestion, pollution, oil dependence, and climate change. Our gas tax is well below that of other industrialized nations, and this combined with a lack of tolling makes driving relatively inexpensive. Although inexpensive and underpriced driving may foster some economic benefits, is also fosters an inefficient transportation network. User fees need to be brought more directly in line with costs, and suspending the gas tax accomplishes the opposite.

A more innovative and effective proposal could have called for suspending the gas tax in all states that agreed to impose variable pricing on the congested parts of their federal-aid highway system. The new revenues could substitute for the gas tax in those states, with money left over for the states to use as they wish. This would provide economic benefits all around, while still providing for a solid stump speech. 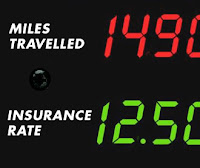 In an April 20th article for the New York Times Magazine, Stephen Dubner and Steven Levitt, economists and authors of Freakonomics, argue that Americans drive too much and that Pay-As-You-Drive (PAYD) insurance can forestall some of the excess. A question they leave unanswered, however, is whether federal policy should play a role in incentivizing PAYD insurance and other forms of pricing externalities. Further, they don't elaborate on why PAYD insurance doesn't address the other externalities.

They note that driving has three main external costs, i.e. costs to other people that a driver doesn’t pay: congestion, carbon (and other pollutant) emissions, and traffic accidents. In essence, each time you drive you increase congestion for other people, emit pollutants that harm them (and the environment as a whole), and raise the risk of a causing an accident that hurts them – but you don’t pay anything to compensate them for these effects. Combined, these externalities cost society hundreds of billions of dollars a year. The basic issue then is how to structure the cost of driving so that drivers pay the true cost in terms of congestion, emissions, and accidents. If drivers know and have to pay the full cost of driving, they are likely to adjust their behavior according to how much they value the benefits of driving.

Their full article can be found here.

The most efficient way to price driving is by pricing at the margin, which means charging drivers the true cost of driving one more mile (a true cost factors in the value of externalities, as well as the cost of gas, insurance, etc). With traditional insurance you pay maybe $1000 at the beginning of the year regardless of how many miles you are going to drive, and so there is in fact a strange incentive for you to “get your money’s worth” by driving a lot. The more you drive, the less the insurance costs you on a per mile basis. This incentive is removed with PAYD insurance. By using in-car tracking devices your insurance rate is based on how much you drive, and potentially, on how you drive (i.e. the speed you travel and the severity of your braking). Several insurance companies globally already have PAYD pricing schemes, and Progressive is starting such a plan in the United States soon.

PAYD insurance is, however, directed at the externality of traffic accidents. It is less effective in mitigating congestion and emissions, which need their own pricing systems. Federal policy needs to incentivize all methods of pricing that reduce the Big 3 externalities. Congestion pricing, which charges drivers based on the time of day they drive (you get charged more during rush hour than at 3am), is one such method. PAYD insurance doesn’t diminish congestion by time of day and it doesn’t directly encourage drivers to reduce the emissions caused by their driving. While reducing overall driving will lower emissions (other things held constant), other methods more directly affect driver behavior in that regard, such as charging more at the dealership for inefficient cars, and pricing fuels based on their CO2 emissions.

A sound federal approach to dealing with externalities is one that encourages and incentivizes pricing innovation. The federal policy role for reducing externalities associated with driving is clear, but the federal role in PAYD is not. The widespread offering of PAYD insurance would be a welcome boon to many consumers and the country as a whole, but it only gets us part of the way towards reducing the other important externalities of congestion and pollution.

The proposed merger of Delta and Northwest, which would result in the largest airline the world, is not a surprise to industry observers. Analysts have recognized for years that consolidation is most likely the only way for the major carriers to survive. Rising fuel costs along with a slowing economy and intense competition make this a difficult time to be an airline. By consolidating their networks, airlines can affect the only one of these factors within their control, which is the competition component.

However, federal regulators have prevented such mergers before, and there is no guarantee that this one will go through. Congress often argues against such mergers in order to protect the traveling public from higher fares, though this is probably less a concern to them than likely strife from the necessary consolidated labor agreements. The reality of airline competition is that despite the fact that airlines rarely make money, there is almost always another startup waiting to come in and lower fares. As long as the FAA protects the new entrants from being squashed by the larger carriers through predatory pricing (intentionally losing money with drastically low fares and high frequency in order to put a weaker competitor out of business), competition goes on.

Therefore, it is almost certainly in the interest of the public for this merger, and the subsequent ones that will no doubt follow, to go through as long as the FAA does not simply leave it there. Consolidation does not necessarily mean decreased competition, and so long as a proper balance between economically sensible consolidation and energetic competition is maintained, both consumers and airlines will benefit. In the face of this proposed merger, and the others that may follow, government scrutiny and regulation of the industry might increase to ensure that proper balance is maintained.
-Joshua Schank
No comments: